How double Academy Award® winner and director Paul Franklin used the VIVE Pro 2 to explore the virtual set of his short Fireworks – and found new stories to tell.

If you've enjoyed the visuals in The Dark Knight , Harry Potter , or Blade Runner 2049 , then you've likely enjoyed the work of visual effects veteran Paul Franklin. Paul Franklin is co-founder of DNEG, one of the most successful visual effects and animation studios working today. Since its founding, DNEG has chalked up hundreds of award-winning projects, earning seven Academy Awards® for Best Visual Effects and numerous BAFTA® and Primetime EMMY® Awards. Paul Franklin himself received two Academy Awards® for his outstanding work on the sci-fi epics Inception and Interstellar .

Over the years, Franklin has also directed several short films, including the 2017 sci-fi short The Escape and, more recently, Fireworks , a tense thriller set in an MI6 ops room.

Fireworks is compelling both in terms of its topical subject matter and the behind-the-scenes production process, which put state-of-the-art virtual production technology at the heart of its storytelling. Working alongside the DNEG team, Wilder Films, Dimension Studios and LIPSYNC Post, Franklin used real-time technology, an LED volume, and virtual reality technology courtesy of the HTC VIVE Pro to bring his ideas to life.

A new approach to filmmaking

Fireworks tells the story of an MI6 team working in a London-based drone control room over the course of a mission that's taking place in Tripoli, Libya. "As the mission unfolds, we see the team isn't focused on the dangers they pose to the civilians who might get caught in the line of fire. Instead, they worry about taking bathroom breaks, getting their online shopping done, and climbing the career ladder," explains Franklin.

" Fireworks adopts the familiar conventions of the techno-thriller – a high-tech control centre filled with monitors showing satellite views and thermal surveillance feeds – but subverts the genre by literally bringing the vibrant world of the Tripoli marketplace into the same visual space. In doing so, Fireworks encourages the audience to make connections with the Libyan characters who are trying to go about their daily business, oblivious to the threat that hangs over them in the sky above."

Franklin and crew achieved this blending of environments using real-time technology – but it wasn't always the plan. Initially, the film was set entirely in the MI6 control room, with Tripoli only witnessed as grainy images on the operatives' monitors. However, after spending some time thinking about a possible immersive VR version of the story, the team realised they had an opportunity to bring the world of Tripoli to life and show the two strands of the story in the same frame.

"I realised that we could mount Fireworks as a 'conventional' film narrative but use an LED volume to address the story ideas that had come to light during our exploration of immersive techniques," says Franklin.

"I wanted to use the LED volume rather than a green screen approach because of the immediacy of the process. Having the virtual world visible on set and in-camera allows the cast and crew to make creative and emotional connections that would otherwise be missed when using a greenscreen. On a visual level, the result is very subtle and sophisticated. There are some things about how the camera captures the images that just can't be recreated in post, no matter how much time and money you have. For me, the energy in the performances and the camera work proves the value of the virtual production approach." 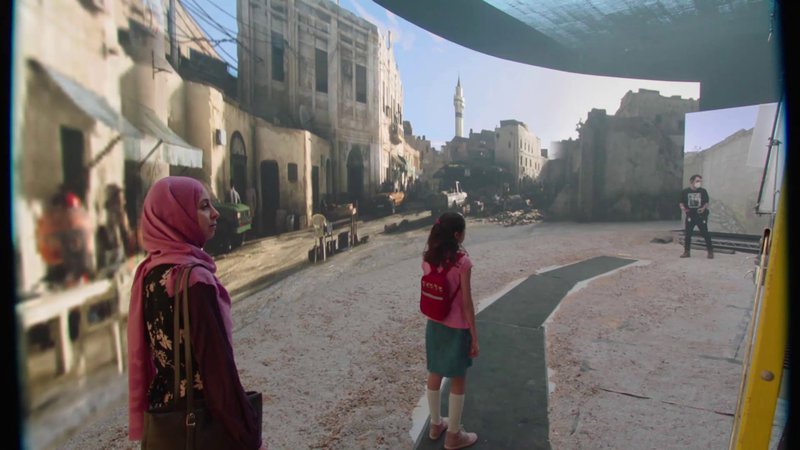 Virtual reality via the HTC VIVE Pro headset also played an essential role in both the production of Fireworks and in the exploration of its narrative, going so far as to change the course of the story and emphasise the role of the film's Tripoli characters.

"During the early scouting sessions on Fireworks , we made extensive use of VR to visualise the physical and virtual components of the set and make any changes before committing to the expensive physical construction process," explains Franklin.

"At one point, I was walking around and exploring the virtual space wearing the HTC Vive Pro headset. I suddenly saw huge value in the virtual areas of the set that initially had been intended to serve purely as a backdrop to the physical set. Crucially, I saw how compelling it was to get close to our Tripoli characters, who had been without dialogue up to that point. It was a revelation. I spoke with our producer Annalise Davis and writer Steve Lally; they could hear how excited I was about this discovery. Steve immediately wrote dialogue for the characters who became essential to the film's moral heart.

"This was a major breakthrough for Fireworks , and all because I could explore the space using the VIVE Pro VR headset!" adds Franklin. "VR techniques were essential to finding the story in Fireworks ." 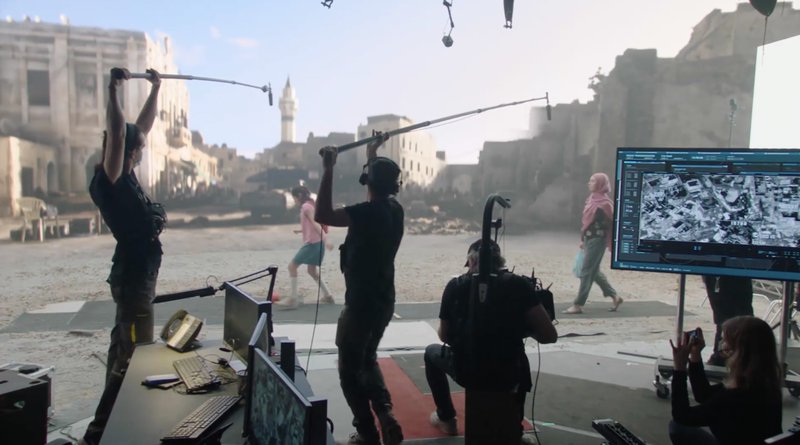 VR, filmmaking, and the future

Technology continues to change filmmaking. The pre-to-post production landscape of today no longer mirrors that of even five or six years ago; such is the speed at which these changes are happening. Real-time tools, in particular, have opened up new ways of thinking about what we create and how. No longer do visual effects have to be considered in a conveyer belt fashion; they can be integrated into a project from pre-production onward and modified on the fly, constantly changing and evolving as a film progresses and its narrative vision builds.

For Franklin, who's been involved in the film industry since the 90s, real-time technology and tools like the HTC VIVE Pro have the power to change the images we experience – and not just for the big studios out there.

"Virtual reality is such a great way to explore the physical space of the set – it's a no-brainer for me to continue with this approach in my work," he says. "As the tools become more accessible and the hardware gets easier to use, I think we can expect to see VR as a regular part of the design process.

"What's really exciting to me is the possibility of combining VR with real-time motion capture to allow meaningful development of blocking and camera moves," concludes Franklin. "Some big Hollywood productions have already used this approach – The Lion King springs to mind, for example. However, the adoption of the technology for home entertainment means that it is rapidly being democratised and made more accessible to a wider range of filmmakers who don't have access to huge budgets. In fact, I think VR will soon become the cheapest way of visualising your set!"

Would you like to discuss your virtual reality project with a member of the HTC VIVE team?

Get in touch with HTC VIVE